As an adolescent I had no idea that the main male figure in my life would be the local locksmith in town. We were never formally introduced, but he had a gentle touch when removing the tarnished locks damaged by my father. Every time he paid a visit, he had this pitiful look in his eyes — he could see the hurt that was slithering over my mother and I, like how a python hunts for prey in the dark desert heat. He tried to save us, but no shape or size of the locks he brought could keep my father away.

Every night my father forgot an essential piece of him. He would leave his wedding ring glued to the night stand table. His side of the bed was never defined by the outline of his body. When he came home, his booze-infested breath would spread around the house like a drop of ink in water. A few minutes later, my mother would wake up and the lipstick stains on my father’s neck would be the heart of a drum, a four count of the fight that was about to come.

Despite these similarities, I viewed mankind sharing the image of a flower. Our spirits willingly shine a bright color, but die and dull down because in the end we’re all spineless and get dragged through the dirt. As flowers, we get picked out from under our roots, destroying the seeds that grew us. Our petals fall, losing the blush color of life, and rot through the seems, detached from their stems. And like flowers, we all bleed. Like a flower, I bleed stigmatic fluid.

There was a time where I did not feel like my petals were being bruised by stones. Being insulated from earth’s natural light, I was still being make-shifted from a seed to a sea-monkey swimming in my mother’s amniotic fluid. My delight came from the sole ignorance of not knowing the other half who created me. My world began when I could hear and feel my mother’s heartbeat. My world began when I felt safe, listening to my mother’s voice contemplating what name to choose, Jupiter Lynn or Savannah Lee. My world began when the only key to a nine-month survival was through the umbilical cord. My world ended the first time you held me.

Some people find harmony in the soft strokes of their breaths that caress the lungs and dance out of the windpipes of the ones they love. These songs feed off one another, reminding each other they’re in parallel pitch. My melodies were silent — collected in the cracks of my bedroom walls.

I would glide my fingers along the wall and could feel the vibrating whispers. I knew my melodies were destined to reunite with the world, but until then, they were prisoners bounded by the lilac paint.

I always felt kidnapped when being in the presence of my father. I was just a child, the size of a porcelain doll that he stole off a shelf. He controlled the coloring and soreness of my limbs.

I was always good at daydreaming. I would escape into a fantasy, an open field that went on for miles. Humming birds would sing to me, their lullabies dancing around me. There were always two clouds below the sun, so I was only ever kissed by the warmth, never smothered by it. Tiny little caterpillars would glide across my skin, creating goosebumps that were merely hills for them to crawl over. The tall grass would cradle me as I laid down, cradle me from the cool breeze that floated through the hollows of the trees. My daydreams gave me a fighting chance to blackout the new scar that was about to rise on my pale skin.

My childhood was perpendicular from the life my father was given. I was four years old when my body experienced what it was like to leave an imprint on the wall. It left small cracks, like a mirror shattered from the image looking back at it.

Years grew on, like the vines on our brown picket fence. I grew more shameful of the bubble-shaped bruises that were rising underneath the day-to-day clothes I wore. I was tired of keeping secrets, letting them slip into the cracks of my bedroom, haunting me. They played over and over like a jukebox in a breakfast diner. My secrets echoed inside my brain, climbing up and down the cerebral cortex and sliding into the hippocampus where they lay now, permanently stored.

The year I turned 7 was the year I lost myself. I was stuck on an endless carousel, spinning so vigorously I couldn’t jump off. My skin and mind deformed in the previous three years. I always dreamed of these scars appearing, but because I fell off the swings, or because I was stumbling across a field to catch a soccer ball, not from the other person who created me.

I was 7 years old when I was told I needed psychiatric help. I was hoping whoever this therapist was could change me, bring me back like a flower after frost. I was hoping she could take all my pain away and make the screams at night turn into lullabies. I was hoping for a chance to finally feel free within my reality.

Every week I would waste my time playing some game where there were cubes of plastic ice and little mallets to break the iceberg. Nothing about these appointments were meaningful.

My therapist had to pry my secrets out of my throat, to be exposed into the open. She broke my trust the day I saw her caressing my father on the leather couches I was supposed to be sitting on. 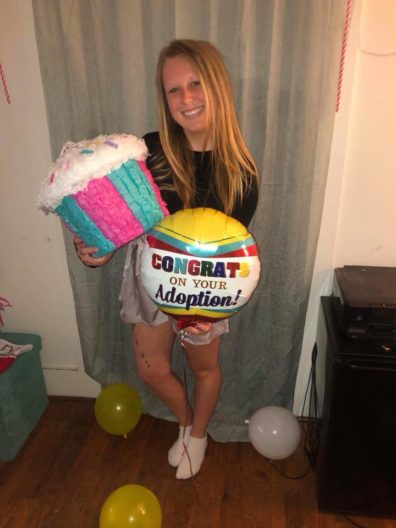 Savannah Carter eats rice with sriracha on a daily basis. She dances like a baby goat when she finds a shirt she likes and loves her mom very much.