We strive to publish unique pieces that challenge the stigma. Each step of the publication process, from advertising to reviewing submissions, to layouts and distribution, is run entirely by students from a variety of personal and academic backgrounds. 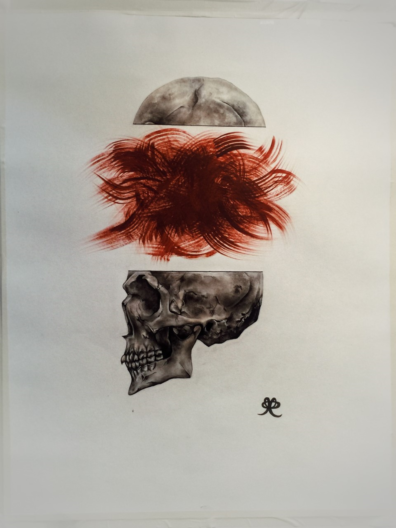 Inquiries, editor applications, and questions about submitting work for next year le.rso@wsu.

Apply for Our Staff

NOTE FROM THE FOUNDING EDITOR IN CHIEF

“Upon entering this grand, illustrious and ever so exalted project with absolutely no idea of what we were doing, and thereafter having pursued the guidance of various friends and faculty members and of our own charge, after considerable deliberation we determined at once to fake it.

Well, after nearly a year in the process, we did it, ambling over. Though the staff was short in number, they worked their tails off and came up with something good. A creative outlet for WSU students, a high-cultured flyswatter, a mag, a rag, late for dinner – call it anything you want. LandEscapes belongs to WSU. A gift.”

Boyd Benson, LandEscapes’ founding editor, passed away from cancer in November 2018. He’d been living and writing in Everett, Washington, where he grew up. In 1999, Boyd and others founded LandEscapes, the Washington State University campus arts journal you are now holding in your hand or looking at online. He was the first editor. His good humor, hard work, and sense of community helped get the magazine and our creative writing program up and running. Boyd spent a decade with us as a student and teacher of writing, while working occasional shifts as a prep cook at a Lewiston, Idaho diner. He got his BA in English and his Masters in rhetoric and composition at WSU. A gifted guitar player, he described himself as a frustrated rock musician. He began his poetry studies under the late Linda Kittell, another fine poet who walked our halls. He later earned his Master of Fine Arts degree from Pacific Lutheran University, where he studied with the poet, Marvin Bell. Bell honored Boyd’s work by publishing his book, The Owl’s Ears, in the Lost Horse Press New Poets series (2007), for which Bell is series editor. Two years later Boyd won the Jeanne Lohman Poetry Prize, an award that recognizes the work of poets around the state of Washington. Boyd’s poetry was published in the Iowa Review and many other journals. Kathleen Flenniken, former Washington state poet laureate published his poem, “The Department of Licensing,” on her web site, The Far Field, which highlighted the best poetry by Washington writers during her time as poet laureate. Boyd had an ironic, sharp, and self-deprecating wit that often exposed uncomfortable truths. In his third-person author’s bio, he wrote of himself: “Since poetry has little or no economic value in a capitalist society, he believes in it highly.” Boyd Benson was 57.