A Case of Cold Feet (after Beloved)

An Existence Marked in Heartbreak and Onyx

A Case of Cold Feet (after Beloved) by Basheera Agyeman

Basheera Agyeman’s poem, “A Case of Cold Feet (after Beloved)”, intertwines many literary devices and images to empower the words that weave its impactful narrative. Her use of repetition is striking and builds the emotion of this piece while effectively setting pace for readers. Her original imagery engages the imagination and propels the tone of melancholy into the forefront. Though all of our published poems show great amounts of skill, Agyeman’s abilities are inspiring. A writing career to keep one’s eye on for sure.

My womb spoke to me last night

Told me she was afraid

Afraid to bear black anyone into a white man’s world.

She told me it’s not worth it anyways

and that black girls were much more likely to give you sass and talk back even after you have explicitly forbidden both.

She told me she had heard

it hurts to give life anyways.

That if I was not careful —

She would open up her seams to birth some tiny, pretty things

And that unless by some miracle they arrived the color of cream,

They would not be 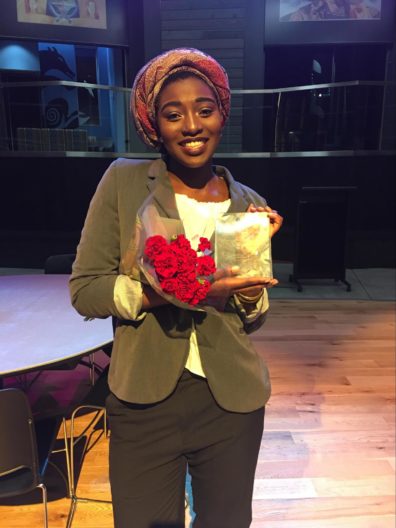